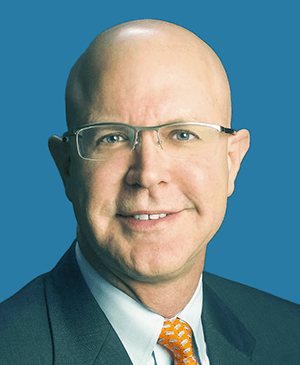 Although his interests since 1998 have been with innovative office surgery, he has also enjoyed performing major surgery at all private hospital systems in Memphis, TN. He enjoys teaching staff and working with other Board Certified physicians to bring the latest in technology to his patients.

Dr. Laurence was raised near Houston, Texas. He graduated Baylor University and the University of Texas at Houston Medical School.

Before he trained in surgery, he trained in one of the country’s finest Family Medicine residency programs, where upon he became board certified. Later his surgical training was developed more as part of a fellowship in surgical women’s health. His advancement as a cosmetic surgeon began in 1996 when he began offering innovative surgical procedures not widely available.

Despite the issues of the early nineties surrounding silicone gel implants, breast augmentation has now rebounded and become one of the most popular cosmetic surgery procedures performed in the United States. With the explosion of cosmetic surgery on television and on the internet, there has also been an explosion of information. As women research breast enhancement and try to determine the best approach to achieve their goals, they are often inundated by “too much information.”

Dr. Laurence performed the first Memphis breast augmentation in the subfascial pocket, a placement that has distinct advantages over other placements. The “subfascial sling” allows for FULL implant coverage and holds the implant closer to the midline, which gives a more natural cleavage appearance. This tends to be the surgery of choice for women who have well developed pectoralis muscles or who workout their upper body a great deal because the breast implant will not move along with the muscle, even with the formation of a mild capsule. This technique combines the advantages of the subglandular approach with the advantages of the subpectoral or the submuscular technique. This placement also gives a “lift” appearance to the medium-sized droopy (Ptotic) breast which does not require the aggressive scarring of the lift (mastopexy) procedure. He was the first area physician to offer a superior type of anesthesia called “tumescent”. This technique is the safest anesthesia known and speeds recovery time to 1/2 to 1/4th of the normal recovery for major cosmetic surgeries.

Dr. Laurence was also the first physician in Memphis to perform the “Belly Button” (TransUmbilical Breast Augmentation – TUBA) with the tumescent (local) anesthesia technique to form the tTUBA. Although the tTUBA (tumescent TUBA) remains his cornerstone procedure, Dr. Laurence insists on evaluating each patient as an individual, and making a recommendation that makes sense for the individual. Too often in this area of cosmetic surgery, many surgeons maintain that “one size fits all mentality” which is the opposite of Dr. Laurence’s assertion.

What Patients Say About Dr. Laurence

“You have made such a huge difference in my life! I struggled through my teens and twenties with low self esteem. Everyone at your clinic was helpful in determining the best size for my body shape — and I never felt pressured during the whole process. My results were great.”

“Thank you, Dr. Laurence, for my awesome results. I can’t thank you enough! You, along with your medical staff at the center where I had the surgery performed, are the most professional and friendly people I have ever met. I was made very comfortable and safe at all times. Thank you for your care.”

We look forward to being of service to you and discussing your cosmetic surgery goals and expectations.